Kalyaneswari Temple is located at Kalyaneshwari in the Asansol subdivision of the Bardhaman district of West Bengal. It is one famous place of sight-seeing in the city of Asansol. This ancient temple is situated on the banks of the might River Baraker, which outlines the West Bengal-Jharkhand border. This place is about 20 km from Asansol and very near to the Maithon Dam. There are regular bus services available from Asansol, Durgapur and Dhanbad to this place of worship. 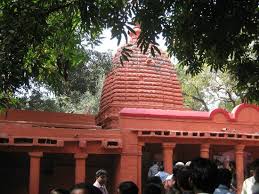 The Kalyaneswari temple is devoted to the Lady of Fulfilment. It is a 500-year old holy shine of Shakti (the form of Goddess Kali) worship. Kalyaneshwari is one of the oldest Maa Kaali temples in West Bengal. Since about five centuries till date, the temple has been a famous place of pilgrimage, primarily well-known among barren women.

The temple is at all times flooded with devotees from around the country. These women visit this place that travel from far off places, pleading and offering prayers to reinstate their infertility.

The Goddess Kalyaneshwari is alleged to fulfil the prayers of unfruitful women. It is believed that a visit to Kalyaneshwari Temple proves very rewarding for them and they are often granted their yearning for a child when prayed with all hearts to the deity. 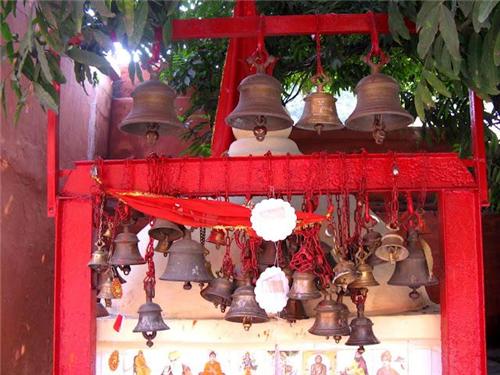 A number of legends revolve around the origin of this temple. According to some, the temple is formed on the site where some body part of Goddess Parvati fell, when it was slashed into pieces by Lord Vishnu`s Sudarshan Chakra while Lord Shiva was carrying her.

Another legend has it that once there was a delay in offering food to the goddess by a faithful priest who used to worship and perform puja regularly in the temple. He had left his daughter with some incomplete rituals on the temple and had gone for arranging the bhog.

But when he returned he found that the goddess has killed his daughter and agreed to take her as a sacrifice. The priest was very shaken who condemned the deity for her thoughtlessness towards his faithful dedication. On this the goddess apologized for her mistake and blessed the priest with another child. The goddess also promised to bless all the unfruitful ladies who stopover this place of worship and pray with great devotion and pious mind.

Historical legends also say that this temple was the dwelling of dacoits of dense forest. In the remote past, those dacoits used to kill humans and offer them as sacrifice to the Goddess. Animal sacrifice is a custom here that is still followed till date.

Kalyaneswari Temple and its Surroundings 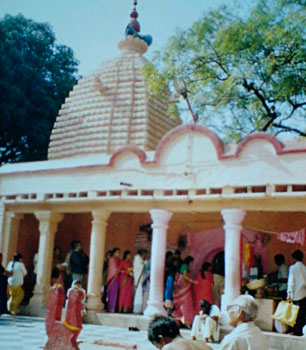 The initial temple formation was built by Hindu King Harigupta during the 3rd Century AD, as part of his kingdom’s capital at nearby Salanpu. After the temple was at the verge of destruction, the recent structure was renovated by the Panchakot Raj during the 3rd century BC. The present day temple is not too old. The location is bounded with the most picturesque site packed with the river and dense forests around. The temple and the overall surrounding temple premises are kept clean and hygienic. There are a number of shops and stalls outside the temple gate from where devotees can buy all required things essential for offering Puja. There are also many restaurant and eateries outside the temple that offers quality food for its visitors. 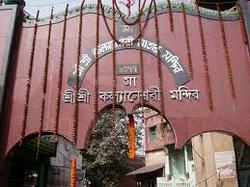 The Kalyaneswari Temple is about 5 kilometres from the Maithon Dam of Damodar Valley Corporation. It is about 7 kms from Barakar on the Grand Trunk Road and is about 1 km far from the recently built by-pass road of NH 2. One can visit the famous Maithon Dam that falls up on the same road on the trip to Kalyaneshwari temple.

The dam is only a 10 mins journey from the temple location. This makes a good one day sightseeing trip with family and friends when in Asansol. During the peak seasons, the area is out of bounds with the excessive rush of picnic goers.

It is visited by thousands of tourists every year. A lot of people who stays in the nearby locations also visit the temple on an on a daily basis.

Explore more about Tourism in Asansol