It is located in the state of West Bengal and is considered to be the 2nd largest city in WB, after of course Kolkata. In a list of 100 fastest growing cities of the world, published by the International Institute for Environment and Development (a UK-based policy research NGO), Asansol is placed in the 11th position among the Indian cities and 42nd amongst the world.

Asansol is an urban agglomeration administered by the Asansol Municipal Corporation (AMC), which has been functioning effectively since 1896. Asansol got its own Police Commissioner in the year 2011. Asansol is also a centre of Railway Service, presently been turned into a huge Railway Division. The railway communication is increasing tremendously with mining activities being expanded day by day. This in turn is helping a lot in the growth of industrialisation in the Asansol area.

The Asansol -Durgapur Development Authority commonly referred to as ADDA, controls a vast jurisdiction of two sub-divisions of the Burdwan district, Asansol and Durgapur. The authority was established in the year 1980. ADDA includes two Municipal Corporations:


ADDA runs various developmental schemes for the progress of all small, large and medium-scale industries and townships in the region. ADDA takes initiative in developing and improving connectivity between urban and rural areas. ADDA proposes in providing basic facilities at rural areas. It works for successful implementation of irrigation projects, and providing drainage and sewerage system in rural and urban areas. The Development Authority is putting more stress on initiating vast land areas for construction of community infrastructures like schools, colleges, institutes, guest/residential houses and amusement parks in the Asansol region. 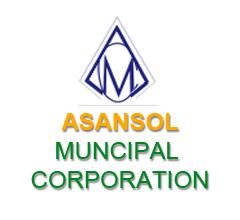 Asansol Municipal Corporation (AMC) is a municipality corporation established by the law, located at G.T Road in Asansol. It focuses in providing better government services to the residents of the area. AMC is a public corporation and government statutory body taking care of administrative and population related problems of the city. It takes initiative in making available basic facilities to its people such as educational facility, medical services, and other banking and co-operative assistance.

The Asansol Municipal Corporation has three municipalities running under it:


The four main community development blocks controlled by the Asansol Municipal Corporation are:

At present, the Commissionerate has 15 police stations under its jurisdiction, headed by capable Inspectors.

The various police stations under Asansol–Durgapur Police Commissionerate are as follows: